Study Shows Relationship Between Periodontal Disease in Men and Cancer

Study Shows Relationship Between Periodontal Disease in Men and Cancer 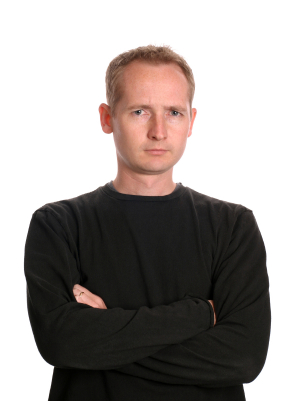 When there’s a series of recurring cases that are just too similar to ignore, it usually leads great minds to come together and resolve issues otherwise overlooked. A group of professionals came together after realizing just how transparent the relationship between periodontitis and cancer was becoming. In a collaborative effort to uncover the facts once and for all, the research group at the Harvard School of Public Health, the University of San Juan and the Dana-Farber Cancer Institute set out to analyze their results.

The Study Reveals an Ugly Truth

The study was conducted by reviewing 51,000 male health professionals between the ages 40 and 75. Before the study, members of this study had a theory that stated that any male that had previous history with periodontitis had a high risk of developing cancer. The study proved positive to this theory and it is almost scary just how common periodontal disease is.

Although common, it is extremely important that patients understand that the earlier the periodontitis is discovered the better it is to treat it. In most cases, periodontal disease can be resolved but there will be some situations where surgery might be needed.

Although Common, Periodontitis Can Be Treated

Periodontal disease is not only treatable, it’s actually fairly preventable. Many men might develop this condition due to poor oral hygiene and it often results in infection around the tissues that support the teeth. Periodontitis attacks just below the gum line, where it causes the attachment of the tooth and its supporting tissues. Before the study, many professionals believed that periodontitis could result in heart and lung failure. Now, we are well aware of the results of this conditions, which could be pancreatic cancer.

Some of the symptoms include:

In most cases, a professional cleaning will work wonders. That is if the case is in it’s initial stages, but for more complex and advanced cases, surgery can an option. Remember that anything is better at this point when it comes to treating periodontal disease and avoiding developing pancreatic cancer.

Although it is known that there’s a link between periodontal disease and poor oral hygiene, there are other things that will help prevent developing this condition. Some of the things professionals encourage to avoid or decrease the consumption of include:

In most cases, the risk of developing periodontal disease can be avoided by brushing twice a day and cleaning between the teeth with floss or an interdental cleaner once a day. For other unusual cases, a professional can provide additional instructions on cleaning methods or products for use at home.

If there is anything to keep in mind when it comes to avoiding periodontal disease is establishing a controlled brushing routine, a nutritious diet and avoiding tobacco. But most importantly, being vocal with a professional that can best offer insight and information.